My family will soon join the normal world, as, after this winter break, when the public school kids return to school, Big Brother and The Boy will be joining them.

Momma and I have had to face the we haven't been doing the job right recently, oddly enough for the last couple of years.  We haven't really focused our attention with all we've been up to, if you know what I mean.  We discussed over the summer putting them in to start the year, and in retrospect we probably should have, but I argued for one more chance.  I really believe in the idea of homeschooling, but I also argue more than anything for a variety of options when we think about educational models.

A huge part of my desire to continue homeschooling, I have to admit, is that I've allowed homeschooler to define my identity to such an extent.  I can kinda invoke the closet again here, though I hope that I'm not just continuing to blame the closet.  But part of my whole thing here is to try to understand the power of the closet even if this isn't really the blog post for it.

We've visited both their schools, and while The Boy seems excited, Big Brother is his usual calm and somewhat impassive self.  The Boy's school is on the route we drive daily to get to most places we go, and Big Brother's is on a common route to some place we don't go as often, but we have used their field as a practice field a few times over the years during soccer seasons.  They've been pointing out their schools as we've been driving past.

And while we think of school for them I kinda think maybe I could think about school for me.  I think I can't imagine what I would study, and this time it wouldn't be about getting a career like last time.  I'd have to only study things I enjoyed learning, or it wouldn't be worth it.  And fwiw, look for a post soon that might be a clue.

I'm excited for them.  I've kept them too close to the rut I'm in for too long, and if I were honest I've been worried for their sake.  I put my own fears onto them and worry that it'll all be too much, the lines, the crowds, the noise.

It's a part of a journey inside the journey I suppose, and it's time for it to happen.  I'll tame my distrust of the man, and I might even try to get involved.  I'm sure the schools can find something I can do.  I could always be a lunch lady.
Posted by samuel at 11:47 PM

Sam, I just posted a "homeschool" love letter to you about this, at Snook.

No longer homeschooling? That's it, we are no longer imaginary internet friends ;)

Although if it will get me a love letter at Snook, maybe I should put my kids into school.

Lol Chris! But we "labeled" you our "online action figure" already, and you know you liked it! ;-)

Wow, Sam. If I weren't a little speechless and teary-eyed right now, I'd write you a love letter, too. 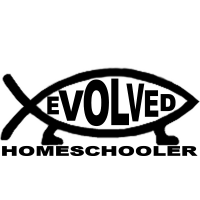